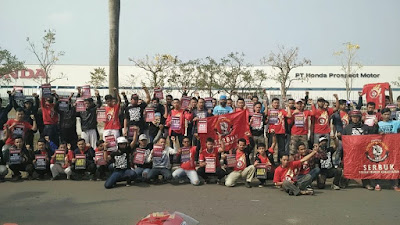 In April 2015, more than 3000 workers employed at the Honda Prospect Motor plant in Karawang, Indonesia held a mass meeting to declare the establishment of their union, SERBUK HPM. However, five of the union’s leaders have now been suspended by Honda in a classic case of union busting. The workers are fighting both the government and company for union recognition.

Kerly, one of the suspended workers, explains that it was in early 2015 that he and other Honda workers first started thinking about forming a union. Unionised workers at nearby factories had told them about their own experiences of winning better conditions.

At Honda a union already existed, but it was run by the company. Membership was compulsory and the fee was deducted automatically from the workers’ pay each month. From these fees the company union was raking in around 50 million rupiah per month, but was doing nothing for the workers.

When workers were fired, the union leaders told the workers to take the severance pay and not fight the dismissals. They also never encouraged the workers to fight for higher wages. The workers at Honda are paid considerably less than the 4,000,000 rupiah wages of workers at other large automobile plants. They also face the issue of contract work, in which the company keeps workers on short term contracts allowing them to fire workers easily.

By 12 April 2015, the Honda workers had collected membership forms from 2500 workers to form an independent workplace union, SERBUK HPM. The company responded by announcing that membership forms were prohibited from being distributed. The company also threatened that workers joining would be fired, or reported to the police.

Despite the threats, on the 14 April 2015 SERBUK HPM submitted their registration documents to the Department of Manpower, Karawang District. The government official acknowledged that all requirements for registration had been met but refused to give the union a registration number.

The following day the Department of Manpower issued a rejection letter. The reason given was that the employers listed were still members of the company union (despite having already issued letters of resignation).

Three days after the attempt at registration Kerly was summoned by one of the Honda managers. He was interrogated and threatened with dismissal. During the interrogation, the manager forced open Kerly’s desk drawer and confiscated the union registration forms, including the member list. Management then began to target workers on this list.

Five workers, the leadership of the new union, were all suspended. These were:

They were suspended with the reason they had committed ‘major offences’, however no details of those offences were ever provided. Another five workers involved in the union were transferred to other departments.

Despite the intimidation and repression, Honda workers have continued to fight for union recognition. Several major rallies have been held, including in front of the Japanese Embassy and the Ministry of Manpower office in Jakarta.

SERBUK has since found out that their registration was rejected on orders from a ‘special team’ established by Cellica Nurrachadiana, the acting regent of Karawang district. Cellica’s ‘special team’ consists of the Chief of Police, the Head of Karawang parliament, the District Court Chief and the District Prosecutor. This worryingly suggests collusion between the State and company.

SERBUK has already requested eight times to meet with Cellica but she refuses to meet with them. In the up-coming Karawang elections, she is running for the position of Regent. Given her anti-union stance, Honda workers are calling on other workers to not vote for her. 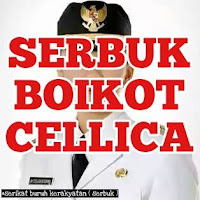 SERBUK HPM welcomes any international solidarity with their struggle. These workers themselves understand the importance of internationalism and recently showed support to port workers in Australia involved in a struggle against Hutchison. Now the Honda workers need support for their own fight. If your union or organisation would like to show solidarity with the Honda workers, contact Masank:  ymasank@gmail.com
Posted by Blog at 3:04 PM

Blog
In 2012 the industrial areas of Indonesia shook with the struggle of millions of workers. Toll roads were occupied, mass demonstrations were a common occurrence. Bosses were taken hostage. Workers were realising their collective power. Major wage increases were won and factory level demands were met quickly. Since 2012 the movement has faced some major challenges. Politically divided and facing harsh repression from the bosses and the State, the struggle has quietened somewhat. However, it still bubbles away and this blog aims to document some of those struggles. I hope these reports of Indonesian activists' bravery inspire resistance wherever you are.